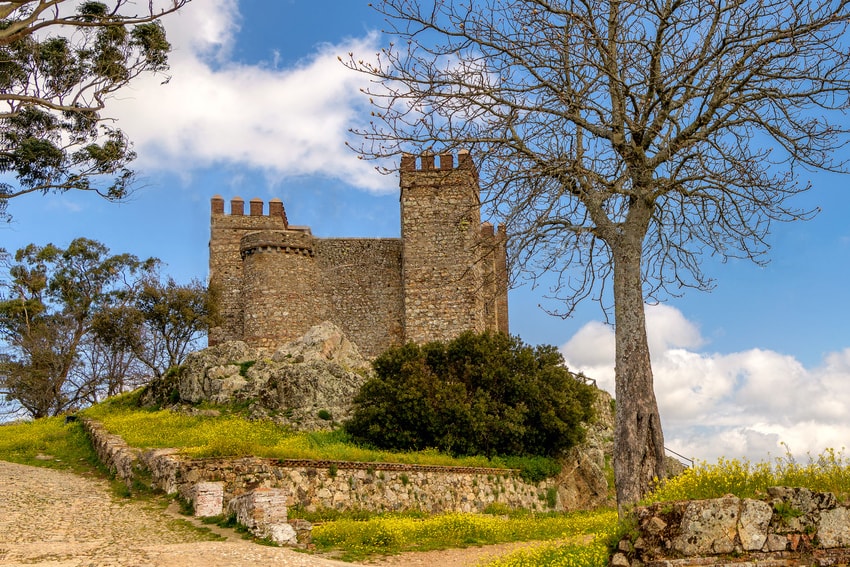 Cortegana Castle is one of the main attractions and an essential stop if you visit Cortegana. In 1985 it was declared a Site of Cultural Interest and in 1993 the Andalusian Government granted it a special recognition that is given to Andalusian castles.

This castle-fortress was built at the end of the 13th century to protect the Kingdom of Seville from possible Portuguese incursions. Between the beginning of construction and the sixteenth century, there are several documented reforms and extensions, which gave it greater strength and height of its walls, as well as the raising of vaults in its towers. Today it looks very well preserved thanks to the restoration and recovery work completed in 2006.

Inside, there is a museum with archaeological pieces, handicraft samples and period furniture. Also, its parade ground is used to celebrate various events, among which we can highlight the Medieval Festival, one of the most important festivals of Cortegana, during which both the castle and the whole town travel back in time to the medieval era.